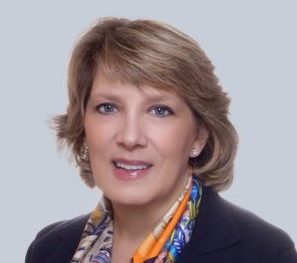 During the COVID-19 pandemic, Alzheimer’s Disease and dementia deaths have increased by 16%. The expected cost of this disease and other dementias is estimated to be $355 billion in 2021. Neuroscience companies are developing solutions to treat the complex Alzheimer’s Disease with its many challenges and obstacles when it comes to finding therapeutic options.

Over the past year, Cognition Therapeutics has made several achievements in this therapeutic area. Cognition Therapeutics is a clinical-stage neuroscience company that is developing drugs to restore normal cellular damage responses in neurodegenerative and neuro-ophthalmic disorders. The company’s first indication is to treat mild to moderate Alzheimer’s disease.

In 2021, the company completed two important clinical study trials. The first was SNAP which measured the displacement of amyloid beta oligomers into the cerebrospinal fluid (CSF). This study confirmed the mechanism of action of their lead candidate CT1812. CT1812 is orally delivered and designed to bind selectively to the sigma-2 receptor complex to restore damaged cellular processes. The second trial, SPARC, showed evidence that CT1812 slowed brain atrophy in mild-to-moderate Alzheimer patients. Currently, there are 7 ongoing clinical trials with CT1812. Cognition Therapeutics has also achieved over $117 million in funding from the National Institute on Aging. Lisa Ricciardi, CEO, and president of Cognition Therapeutics reported, “2021 was a transformative year for Cognition Therapeutics. We completed our IPO, secured significant additional non-dilutive funding, and progressed our pipeline creating a product portfolio in addition to our lead candidate CT1812.”

In the upcoming year, the neuroscience company will move to phase 2 of their Alzheimer’s Clinical Consortium (ACTC) study with early-stage Alzheimer’s Disease. This study will help assess cognition and biomarkers. Further involving Alzheimer’s Disease, the final cohort in the ongoing SHINE trial will be enrolled. The SHINE trial is also supported by a $30 million NIA grant and the interim analysis showed a statistically significant amyloid beta protein reduction in the treatment arm. Cognition Therapeutics is also anticipating expanding its pipeline to develop therapeutics for other neurodegenerative diseases like Parkinson’s disease in 2022 as well.

The biotech company, headquartered in Harrison, NY, was founded in 2007 and is led by Lisa Ricciardi. Serving as Cognition’s CEO and president since March 2020, she was previously CEO of a biotech company, Suono Bio, and has held many other executive roles prior. Riccardi aims to create medicine for Alzheimer’s and neurodegenerative diseases and envisions further advances by Cognition in their ongoing and planned studies this year.